There’s a story in the Guardian today that says Google is working with American Idol creator and producer Simon Fuller — who also gave the world the Spice Girls — on some sort of top-secret TV project that will apparently revolutionize the medium as we know it. Is Google going to get into the creation of content? 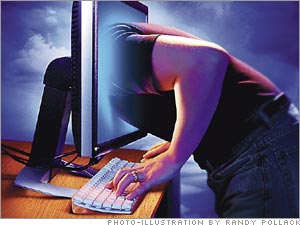 Colour me skeptical. For one thing, Google doesn’t know anything about content — nor does it want to know anything, as far as I can tell from what Eric and the boys (Larry and Sergey) say about what they see as Google’s business. Finding content, yes; indexing content, obviously; maybe even aggregating content in some smart way. But creating it? I don’t think so. I could see Google doing a deal with Fuller to distribute content through a YouTube channel, for example, or some other kind of arrangement. But I don’t see the company getting any further involved in content production than that — unless Larry or Sergey want to wangle a walk-on role in Heroes, which I’m sure they could probably swing without too much trouble.

Maybe in part this is another example of what I wrote about yesterday — that Google is seen as the company that can save just about anything, and that rumours like this one boil down to the fact that people think TV sucks, and they wish Google would fix it somehow.