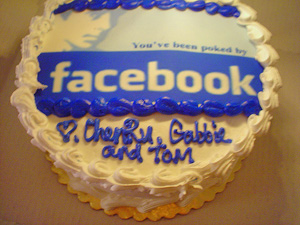 Eric Savitz at Barron’s Online has an item about Yahoo and Facebook, in which he quotes Needham analyst Mark May as saying that Yahoo may have missed yet another boat by not acquiring the social-networking site — in much the same way it had the chance to acquire Google for $3-billion back in 2002 and passed. According to the Needham analyst, Facebook recently passed 21 million registered users, and ComScore says that 93 per cent of registered users log on at least once a month and 60 per centuse the site at least once a day.

“He notes that the site is the 36th most visited location on the Web, and the number one site for photos, with over 6 million uploaded daily. May notes that, according to eMarketer, Facebook was the most visited site on the web for both males and females aged 17-25.”

That adds fuel to the argument I made in an earlier post, about how Facebook’s growth is putting it close to MySpace, if not actually ahead — and MySpace is making $30-million a month, a figure that is expected to double by next year. Larry Dignan argues that News Corp. hasn’t figured out how to monetize MySpace, but that sounds like a pretty good start on monetization to me.

Doug Macintyre at 24/7 Wall Street also questions whether Facebook is worth much more than $1-billion, but I think he is being too conservative in his estimates — not just of what Facebook could make, but of what a company like Yahoo (or even Microsoft) would be willing to pay for a site that is growing at those kinds of rates, especially among the 17-25 age group.