A ruling has come down in the case of the record industry vs. Jammie Thomas — the single mom who took her file-sharing case to court rather than settle, as virtually every other person sued by the RIAA has done — and a jury ruled that she has to pay $222,000 for 24 songs that she downloaded, even though there was no evidence to prove that anyone downloaded them from her. This is so asinine it’s difficult to put into words. 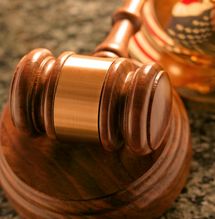 I’m not going to argue that what Jammie Thomas did was right in a legal sense, because it clearly wasn’t, as Mike Masnick notes at Techdirt. So the RIAA was obviously within its rights to sue. But $222,000 for 24 songs? That’s just ridiculous. It’s a good thing the case only involved 24 songs, and not the 1,700 or so that Ms. Thomas had on her hard drive initially. That would have left her paying about $15-million for that music collection, if the same formula was used. And what was the formula? Something like X times Y, to the power of Z — where X is the lack of a sustainable business model, Y is an aggravated response to a non-existent threat, and Z is the inability to differentiate between customers and thieves.

I don’t know about the geniuses who run the RIAA, but if I was one of the guys in Journey or Aerosmith or Green Day or any of the other bands that Ms. Thomas downloaded and listened to regularly, I would call her up right now and offer to pay her court costs. Lawyer Ray Beckerman at Recording Industry vs. The People calls it “one of the most irrational things I have ever seen in my life in the law” (hat tip to John Paczkowski at All Things D for the link).

Check out these links for more thoughts on the verdict:

Jammie Thomas is appealing the verdict and there is a website set up for donations at freejammie.com. Wired’s Threat Level blog also has an interview with one of the jurors in the case, who more or less says that her defence was unbelievable and that the damages were so high because the jury wanted to “send a message.”