I know there’s been a lot of Canadian flag-waving around here, what with my recent posts on Treehugger, Club Penguin and Webkinz, but heck, if I don’t wave it, then who will? In any case, there’s some news today about another Canadian Web 2.0 success story, namely Freshbooks — which (full disclosure) is run by my friend and fellow mesh organizer Michael McDerment.

As discussed in a post over at the Amazon Web Services blog, Freshbooks is one of a handful of partners that has been testing a new service called Amazon Flexible Payment Service. Mike’s partner Sunir explains more about the details of the testing they’ve been doing in a post at the Freshbooks blog, and Amazon has more details on FPS here, and Phil Burns says he is already working on integrating it with Facebook. 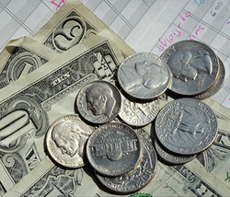 Amazon’s payment service (which Mike Arrington broke the news of here) looks to me like something that has the potential to become a real competitor to PayPal, a service that has many great features but has also irritated many users by being, well… inflexible. And at least at first glance, the pricing for FPS looks fairly competitive with PayPal and Google Checkout. Even Uncov seems to like it 🙂 FPS joins a stable of impressive services Amazon has launched over the past year or so, including its S3 storage business and the EC2 or “elastic computing in the cloud” business — which companies can effectively use as a virtual server farm.

As the AWS blog describes it:

In much the same way that S3 and EC2 allow developers to forget about leasing space in data centers, buying servers and negotiating for bandwidth, FPS shields developers from many of the messy and complex issues which arise when dealing with money.

There are no minimum fees and no startup charges, and any transaction fees are obvious and transparent to the user, Amazon says. As James Robertson notes on his blog, Google gets a lot of attention, but Amazon continues to roll out services that are inexpensive, useful and potentially even revolutionary with very little fanfare. Congrats to Mike and his team for getting in on the ground floor of what could be another winner.