For something that was created by legendary Netscape founder Marc Andreessen — the Blake Ross of his day, for you Firefox fans — the social-media “engine” called Ning has kind of been flying under the radar for awhile. As Mike Arrington notes at TechCrunch, the initial release of the service was somewhat underwhelming, and so I think a lot of people sort of forgot about it. But it has steadily improved, and just rolled out some more enhancements. 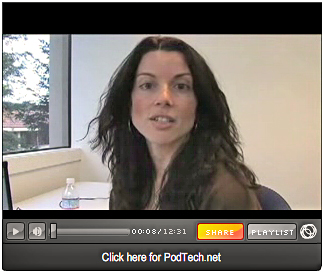 I have some first-hand experience with Ning, because I decided awhile back to use it as a tool for helping to plan a journalism school reunion that I’m involved with. It’s been quite awhile since I was at Ryerson in Toronto (don’t ask how long or I’m liable to punch you), and many of my former classmates have scattered to the winds. After a couple of members of the group sent out some emails trying to get a reunion under way, it became obvious that having a single place to co-ordinate things would make a lot of sense. One or two people mentioned MySpace, but it seemed too — well, MySpacey. Then I thought of Ning.com.

The reason Ning came to mind was that a Toronto group — helmed by Mark Dowds — created a site related to a new “open office” concept called Indoor Playground. It seemed relatively simple to add members, send out updates, upload photos and had a nice, clean look to it, so I decided to try it out. In just a few minutes I had the site set up (there is even more customization available with the new features), and apart from a few glitches in getting people signed up — it’s invitation only — it was a no-brainer.

Om has some thoughts about the new Ning, and Scoble has an interview with Marc Andreessen and CEO Gina Bianchini up at Podtech — and Ms. Bianchini has a post on the Ning blog with some of the insights that she has gained from starting the company (I particularly like the “Underhype your service” one). Frantic Industries has a good overview of the service too. Steve O’Hear at ZDNet has some thoughts too, and Don Dodge wonders whether it’s any better than Live Spaces or Yahoo Groups.